Among many musical projects, new compositions and inspiring students, I’m blessed to have a part in bringing Ross Daly and Kelly Thoma to New England in early April!

Daly is a virtuoso on the Cretan lyra, a small, pear-shaped bowed lute that has traditionally accompanied dance and epic songs. He’s spent his life exploring the possibilities and connections in modal music, recording and performing all over the globe as well as hosting the annual Labyrinth musical workshop in his home village of Houdetsi on the island of Crete. Daly and Thoma are fresh off a performance at Carnegie Hall in December 2015. How sweet to have them in our neck of the woods! 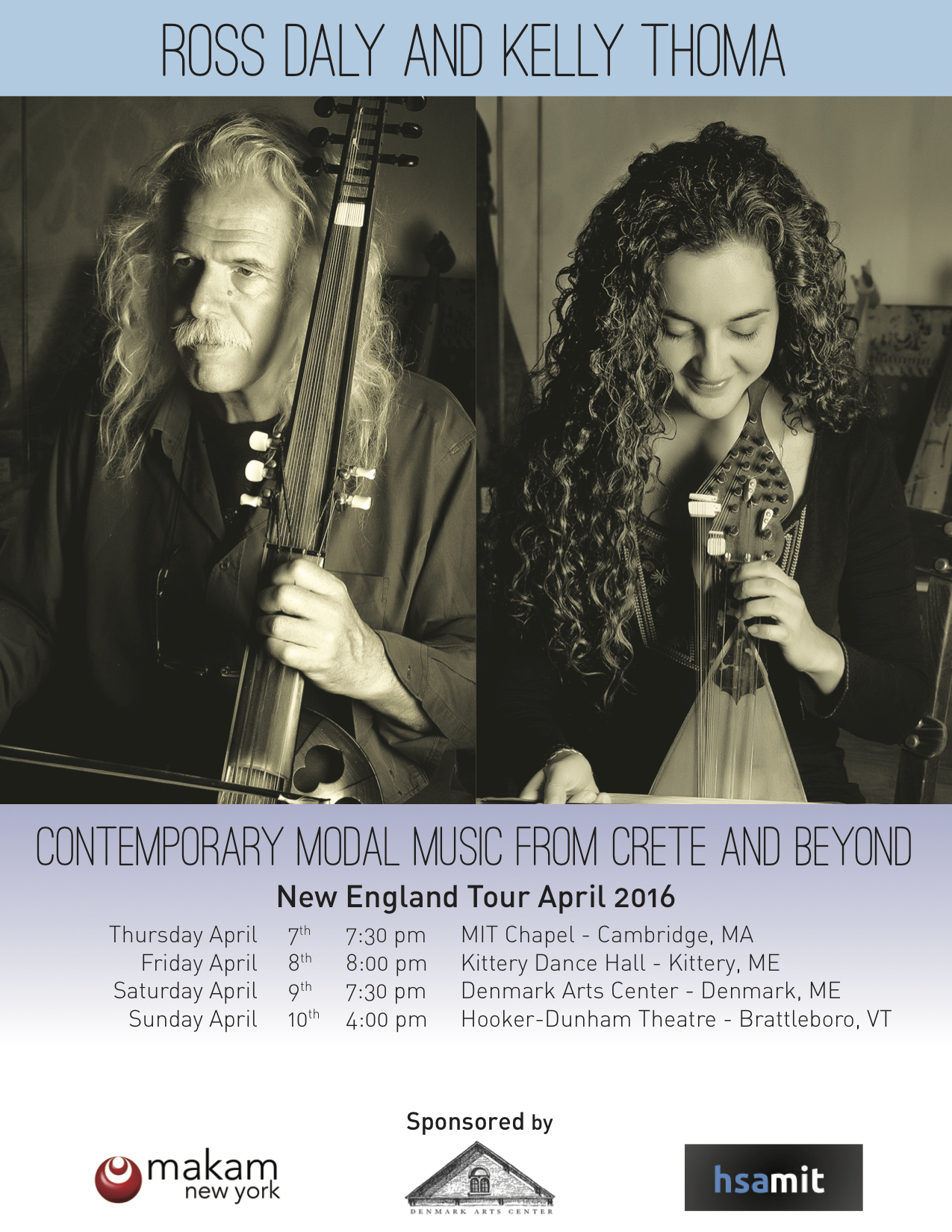